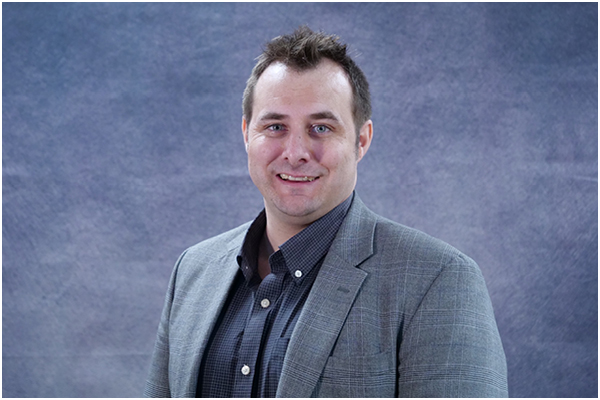 In less than 24 hours of being published, a paper on the online trade of arachnids—specifically scorpions, whip scorpions, and spiders—was picked up by five news outlets, including The New York Times. As of June 14, 2022, the number of outlets has grown to 43, including Smithsonian Magazine, ABC News, and MSN.

For co-author Colin Strine, assistant professor in the Natural Sciences department at Dickinson State University (DSU) and two of the five additional authors—Ben Marshall, PhD researcher at the University of Stirling and Alice Hughes, associate professor of School of Biological Sciences at The University of Hong Kong—this paper came about from three years of collaboration and discussing things, including two previous papers on online trade—one of reptiles, the other of amphibians.

This most recent paper on the online arachnid trade is not the first of the team’s papers to be picked up. The reptile trade paper received a fair amount of attention in 2020; about 25 news outlets picked it up, including Scientific American and The Conversation. The current paper was likely also picked up, Strine believes, because nobody thought it was an issue; the trade is something that’s been going on under the radar.

The arachnid paper’s receiving so much attention is evidence that it’s on its way to doing exactly what Strine hoped it would: get a dialog going about the existence of online trade. “It’s something we need to be aware of. Then regulators and hobbyists, etc. can actually talk about it, because nothing can be done until people are talking about it,” said Strine. “That’s the job of scientists, period, to start dialog with data.”

One of the most important skills used to create all the team’s papers is collaboration. “This paper was a big, international collaborative effort. I give huge props to Ben and Alice because they are awesome people. And without Alice pushing me to do the work, it never would have got done,” Strine said with a laugh, “and Ben is one of the best coding people I’ve ever met. These kinds of things need many broad skillsets to make them come together. If you don’t have all these different skillsets, these papers can’t be done.”

Collaboration is a large part of DSU’s natural science classes. “We emphasize group work a lot,” stressed Strine, “and that you don’t need to be good at everything; there’s a niche for you somewhere. You just have to figure out what that niche is and get really good at it.”

Strine and his team used reproducible research practices in creating the arachnid paper. Reproducible research is putting every step of the research process into computer code. A lot of research is no longer in-field or in-lab, a lot of it is entirely digital. The three papers mentioned at the outset were all digital; Strine, Marshall, and Hughes never set foot in the field or in a lab. The arachnid paper was completely done through three or four different computers.

At DSU, students learn and use these reproducible research practices using the program R where they do every step of the process in computer code. Then the students and any researchers can reproduce the numbers exactly from the data that’s publicly available. For every project that Strine, Marshall, and Hughes do, they always make their data openly accessible and always make their analysis reproducible, which means others can follow every step. The students can access the analysis from all the team’s papers and reproduce it, so they’re essentially doing publication-quality work in their classes.

This is why Craig Whippo, professor of biology at DSU, set up the biometry course, to teach the students how to do this technique of reproducible research. “If more students can get this into their belt,” said Strine, “they’re going to have a better opportunity to get with the program of how science is done now. Because the days of hiding your data and saying, ‘Oh, I found a significant P value, and there’s a difference and this is new, and my hypothesis was right,’ those days are over. If you don’t have every step documented, then you’re going to be accused of scientific fraud.”

After hearing from his students that learning to create reproducible research in biometry is a massive amount to learn all at once, Strine is now having his students use R in his first-year biology lab at a basic level like summarizing data and making histograms and a little bit in zoology thereby getting them familiar with coding before they use it constantly in Whippo’s biometry class. So, students are learning the same way scientists do real research. “Because I want them to be able to do real research by the time they’re done with [DSU],” said Strine, “especially if they’re marketing to graduate schools.”

This leads to another important message Strine teaches his students: skills trump passion. This is something he believes is important for his students to recognize, that—especially in the sciences—they can be passionate about a particular organism, but their skills define where they go and what they can do with that organism. “I hated coding; I hated it, but I got really good at it, and now I teach it to my students.” Sharing the message of his favorite book, “So Good They Can’t Ignore You” by Cal Newport, Strine said, “Following your passion is bad advice. Focus on developing your skills and your passion will come.” Strine explains this to his students; sometimes the things that seem mundane now will become very interesting later. Passion develops.