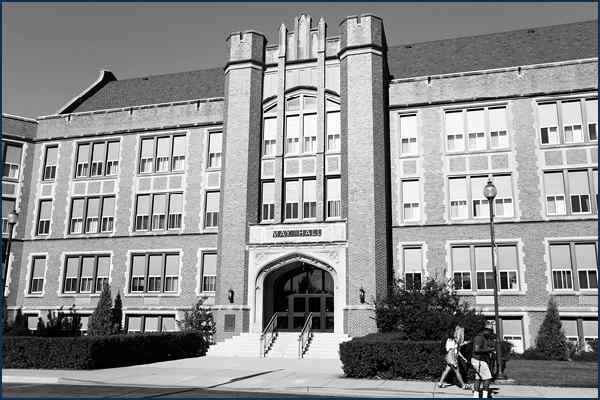 On Monday, Aug. 15, Dickinson State University (DSU) leadership provided the State of the University address, sharing optimism and a positive outlook for the upcoming academic year.

DSU President Steve Easton opened with a welcome to new faculty and staff, saying that “the return of our students to campus at the start of an academic year is always an exciting time.” He stressed the importance of enrollment and the impacts on the budget for the institution. “We have been fortunate to have steady enrollment for the past two years, though it is of course possible we will see a slight decline,” he noted. “Overall, our budget is in good shape, as our expenses and revenue are equivalent.”

He praised the work of key members of the DSU team. “Our Admissions staff, our coaches, and several of our faculty and staff have done a great job making students aware of the many opportunities at Dickinson State.”

President Easton emphasized the need for the campus to remain student-centered. “We need to have student-focused services, encourage our students, and recognize the good things they are doing.” His message corresponds to last year’s objectives declared when the university officially launched its new strategic plan, 5 Years in Focus: A Blueprint for DSU’s Future. Throughout the plan, each strategic goal aligned in some way with students, including, for example, providing relevant programs, equipping students for success, and investing in faculty and staff. Updates on dual mission programs and other key infrastructures continued this discussion.

John Miller took a moment during the State of the University to share his objectives as the interim vice president and provost. “My goal is to provide leadership and smooth continuity of operations in Academic and Student Affairs,” said Miller. These efforts included investigation of programming in academic and student affairs, ensuring transparency and accountability in budget activities, and managing committee activities.

Kristen Fleury, associate athletic director at DSU, reported on the number of new and returning student-athletes to Dickinson State. According to Fleury, DSU athletics will welcome a total of 406 student-athletes to campus this year, with approximately 153 of those being new.

Fleury encouraged attendance at the upcoming athletic events. “The first football game will be held Thursday, Sept. 1. We hope everyone will attend, as this event will feature pregame with First on First and fireworks after the game.” The DSU volleyball team will be on the road for a few preseason tournaments in the coming weeks. She was encouraged that games and events will be well supported and attended. “Season pass sales are up compared to previous years, which is a good sign,” said Fleury.

The Blue Hawks are coming off banner performances across the board. During the previous year, DSU’s cheer team placed 4th in its National Competition, football won its 7th consecutive conference title, women’s indoor track and field won its 4th consecutive conference championship, and the university had 117 academic All-Americans. DSU rodeo sent 10 athletes to the College National Finals Rodeo. Dickinson State University also recently announced it received the Champions of Character Silver Five-Star Award from the National Association of Intercollegiate Athletics. To be recognized for the award, schools are measured on a grade-point scale to determine how well they demonstrate commitment to character on campus. Schools earn points through various character training, academics, character recognition and character promotion. Points are also earned by the measurement of student-athletes’ GPA and sportsmanship while in competitions throughout the academic year.

Ty Orton, executive director of the DSU Heritage Foundation, shared that student scholarships are at the highest they have ever been saying, “This is the second year in a row that the Foundation is offering $1.1 million in scholarships to deserving students thanks to our generous donors.”

In addition to the good news regarding scholarships, Orton highlighted the outlook for the 2022-2023 academic year and the progress of key fundraising campaigns including the Blue Hawk Scholarship Fund and the Cornerstone Tradition.

Orton expressed that the DSU Heritage Foundation looked forward to the upcoming Homecoming events to be held Oct. 9-15. The annual Heritage Foundation DSU Fellows luncheon and the DSU Hall of Fame dinner will be held that week, with RSVPs already rolling in for these great events. “Homecoming is always a great celebration, and we anticipate increased participation thanks to advanced planning and preparation,” said Orton. “We hope the community joins us for all the DSU events on campus this year.”

For a list of upcoming DSU events, please visit www.dickinsonstate.edu/events.