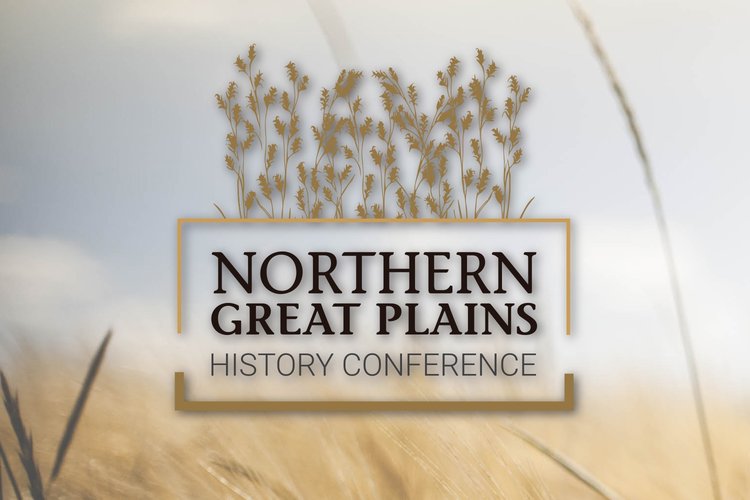 According to the NGPHC website, The Northern Great Plains History Conference is a professional gathering of scholars—affiliated and independent, public historians, history students—graduate and undergraduate, and other practitioners of history, who live and work in the Northern Great Plains of the United States and on the Canadian prairies. They present papers and roundtables on historical subjects from around the globe and throughout time. The conference began 57 years ago in Grand Forks, North Dakota, and continues to offer a forum for the latest historical scholarship. The Society for Military History and the Women’s History Interest Group also offer panels at the Northern Great Plains History Conference annually. The Little Bluestem logo of the NGPHC represents the vast grasslands that symbolize the region and acknowledges both its indigenous and settler histories.

Madeline Olsen and Sarah Griffis are the two TRHLP students presenting in the conference. Olsen will present her paper Preservation and Power: The Local Landmark Initiative and the Dickinson State University Steam Power Plant. Griffis will be on a panel discussing a paper she wrote for her Global Leadership class called Patronage as President: Theodore Roosevelt’s Incidental Influence on American Poetry.

Olsen’s presentation concentrates on a project she has been working on with Bob Fuhrmann of the Dickinson Museum Center, that of declaring the DSU Power Plant a historical building. “The DSU Power Plant should be declared a Local Landmark because of the crucial part it plays in the overall history of DSU,” said Olsen. “The power plant was the first building completed on campus, is a standing example of local brickwork, and is one of the oldest steam-powered heating plants in North Dakota.” She added, “Working with Bob Fuhrman was an insightful time because of his expertise in the public history field. He used his knowledge to guide my journey of public history research.”

Griffis also shared what her participation in the conference will be. “I am presenting in the American Presidential History panel. My presentation comes from a research project I completed last spring for a TRHLP course taught by Dr. Dragseth and President Easton. My topic is Patronage as President: Theodore Roosevelt's Incidental Influence on American Poetry. My research chronicles the relationship between the American poet Edwin Arlington Robinson and Theodore Roosevelt, the 26th president of the United States.”

Easton’s goal for their presentation is to represent DSU as the university about Theodore Roosevelt. “Dickinson State is Theodore Roosevelt’s university, as we are in the part of the state that also includes his beloved Badlands. We enjoy using TR’s legacy to get DSU students thinking about leadership.”

Dragseth added, “The Northern Great Plains History Conference is a wonderful opportunity for President Easton and me to highlight just a few of the innovative ways that Dickinson State University is integrating Theodore Roosevelt throughout our curriculum. Many of the state and national leaders that we brought into our Honors course as guest speakers have a real connection to TR and, I think, that surprised and delighted the students.”

Jeff Wells, DSU’s Dennis and Vaune Johnson endowed chair in U.S. history, will present a piece called Populism, Nativism, and the American Protective Association’s Control of the Omaha Police and Fire Board. Wells is focusing his presentation on the continuation of his findings on Paul Vandervoort. Wells wrote an article about Vandervoort’s earlier life for the “Nebraska History Magazine” in 2019. He explained that his paper continues the research he has found since. “The paper I will present at Fargo is a continuation of my research into Paul Vandervoort and the People's Party. Vandervoort is a figure that has eluded close research by previous scholars of Populism, but I argue he played a key role in the People’s Party’s demise through his ill-fated presidency of the National Reform Press Association (NRPA). This paper explores his service as an Omaha Police and Fire commissioner just prior to his election as NRPA president. Vandervoort’s boosters compared him to Theodore Roosevelt, who served as police commissioner in New York City at the same time. However, beyond serving as a city police commissioner during the same period, I find little in common between Vandervoort and TR.”

Wells briefly introduced his presentation saying, “Jobs in the meatpacking and railroad industries attracted tens of thousands of European immigrants to Omaha in the penultimate decade of the nineteenth century. The city’s population boomed from 30,518 in 1880 to 140,452 in 1890 before it receded to 102,555 in 1900. Many thousands more migrants passed through the city on the way to purchase cheap railroad land or claim homesteads further west. This period of population upheaval in Omaha coincided with the first successful challenge to the Republican Party’s domination of Nebraska politics since the Civil War.

“This social tumult threatened the economic and political control of the city’s white Euro American elite. Nativist organizations—including the American Protective Association (APA)—gained thousands of followers and exercised political influence. During the mid-1890s, the APA captured control of the Omaha Police and Fire Board and installed Paul Vandervoort, a former national commander of the Grand Army of the Republic and long-time Republican political operative turned Populist, as the leader of the city’s police and fire departments.”

Stefanie Aulner, professional advisor at DSU, will present on Colts, Wolves, and Split Skirts: Eastern Montana Ranching Women, 1895-1955. Her main focus is to present on women’s gender roles in the late 1800’s and early 1900’s in the Northern Great Plains. “My master’s thesis argues that in the late nineteenth and early twentieth century, gender roles for women on the Northern Great Plains were ever evolving and fluid. The chapter I am presenting has a regional focus on Eastern Montana’s Prairie and Custer counties. This chapter highlights five women from three families that I found to present through their actions to defy or reconstruct their traditional gender roles. The women in this study are Everlyn Cameron, the three Buckley sisters May, Mable, and Myrtle, and Susan Haughian.”

Furthermore, Aulner gave descriptions of the women from this study saying, “Evelyn Cameron is most known for her photography, and while I do make mention of her work, the emphasis I place on her is the actions in daily life. She was an independent woman and spent the majority of her life in Eastern Montana maintaining and operating her ranch called Eve Ranch. Her husband, Ewen Cameron, an ornithologist and scholar by trade, did help her in some ranch operations. However, Evelyn has traditionally been placed in the helpmate role when, in reality, the evidence shows that she was head of ranch operations.

“The three Buckley sisters May, Mable, and Myrtle are less known but their horsemanship skills and cattle working abilities were well known. The three sisters, along with their mother, ran and operated the Buckley family ranch while their father, Frank Buckley, was at their farm in Ellendale, North Dakota, or on the campaign trail as a politician. The sisters’ abilities were so impressive that they were nicknamed The Red Yearlings. Evelyn Cameron photographed and wrote an article about them titled Montana’s Cowgirls featured in the June 1916 edition of the British magazine “Country Life.” Prior to that article, it brought them national and international notoriety, and they were invited by President Theodore Roosevelt to showcase their skills at the White House. The Buckley sisters turned down this invitation; their skills were not for entertainment or enjoyment of others; they were for work and necessity.

“Susan Haughian, an Irish immigrant and local legend in the town of Terry, Montana, was the owner of one of the largest livestock operations and the largest women-owned sheep and cattle operations in Montana state history. In 1931, when Susan’s husband, Daniel Haughian, died, leaving her alone with 10 children, Susan and her sons formed the Susan Haughian and Sons Co, which would later become the Haughian Livestock Company, and by 1960 Haughian Livestock Company owned and controlled approximately 150,000 acres, 3,000 cattle, and 2,000 sheep.”

Aulner concluded, “All of the women presented in this study, through their choices, decisions, and actions, chose paths that side-stepped societal gender roles and expectations. My work’s primary goal is to relieve women in Northern Great Plains history from the position of helpmate and recognize that women held solo proprietor positions and diffused freely across gender boundaries.”

The NGPH conference is hosted by member institutions and moves to a new location every year. More information can be found by going to the Northern Great Plains History Conference website.