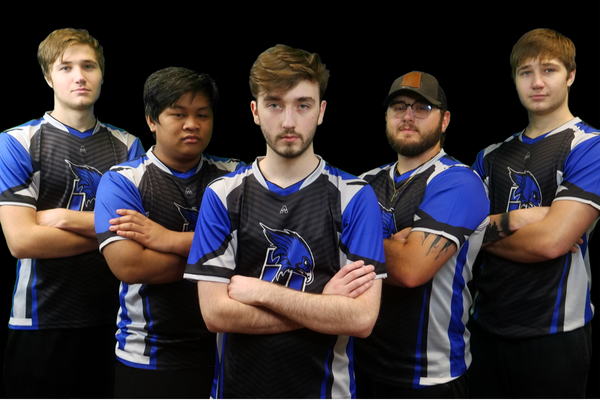 "Our Valorant team is performing incredibly well this season, which is exciting, but even when they take a loss, I'm incredibly proud of the level of passion they bring to each match,” stated DSU’s esports coordinator Josh Nichols. “They give it their all during every match – which should make for some lively matches as we wrap up this season."

Most recently, the Valorant team stayed undefeated in the South Pacific region of the NECC with a 2-1 win over University of Victoria (Victoria, B.C.). The Valorant team also secured a second-place finish during the Grubby Games LAN event (an event in which players in the same physical location connect their gaming computers/consoles and compete) – hosted by South Dakota School of Mines in Rapid City, S.D. on Saturday. The Blue Hawks dropped the first-round against Dakota State University but fought back to clinch the second round, 13-11.

In addition, the Blue Hawks turned their sights on their CCL qualifier match at the end of October against the University of South Dakota (USD). The DSU Valorant team won the first two games in a best-of-three series – knocking out the Spring 2022 CCL defending tournament champions out of the LAN event without needing a third match.

Looking Ahead | The Blue Hawks look to continue their impressive fall slate during the following events:

About Valorant | Valorant is a tactical shooting game involving two teams with 5 players in each team. The team that wins 13 rounds first, wins the game (must win by at least two points).